Bernard Voyer, recognized as Canada’s most accomplished explorer, was recently honoured by Sir Edmund Hillary, hero of mountaineers the world over. Bernard received this tribute as recognition of his World Tour of the highest summit on each continent and his conquest of the two geographic poles—making him the first Canadian and one of the few people on Earth to achieve this feat. 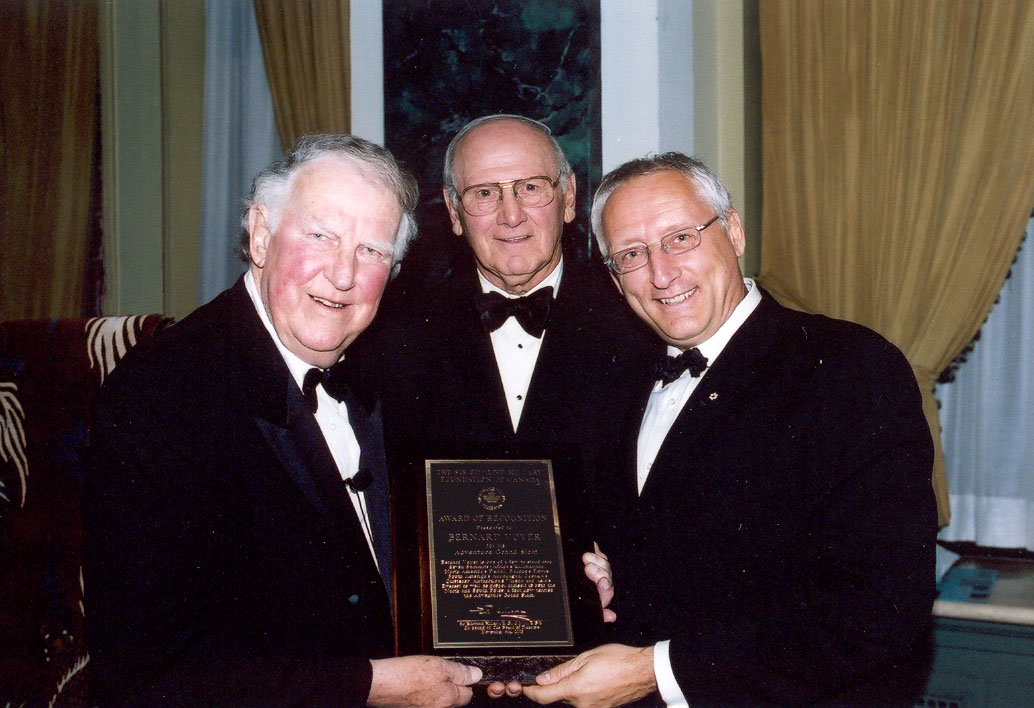 Bernard was both touched and deeply moved, and thanked Sir Edmund, saying:

“Because it is presented by Sir Edmund Hillary, this recognition is a real honour, a great moment in my life as an explorer […] I have often been asked about the differences between Sir Edmund’s ascent of Everest in 1953 and my own in 1999. I tell people that there are many, including the fact that when Edmund Hillary found himself at 8,750 metres, balancing on the narrow ridge leading to the summit, he climbed a vertical rock wall. In 1999, on that same ridge, I climbed the Hillary Step!”

This award was given during a benefit evening, held at the Royal York Hotel in Toronto on November 6, for the Sir Edmund Hillary Foundation of Canada. 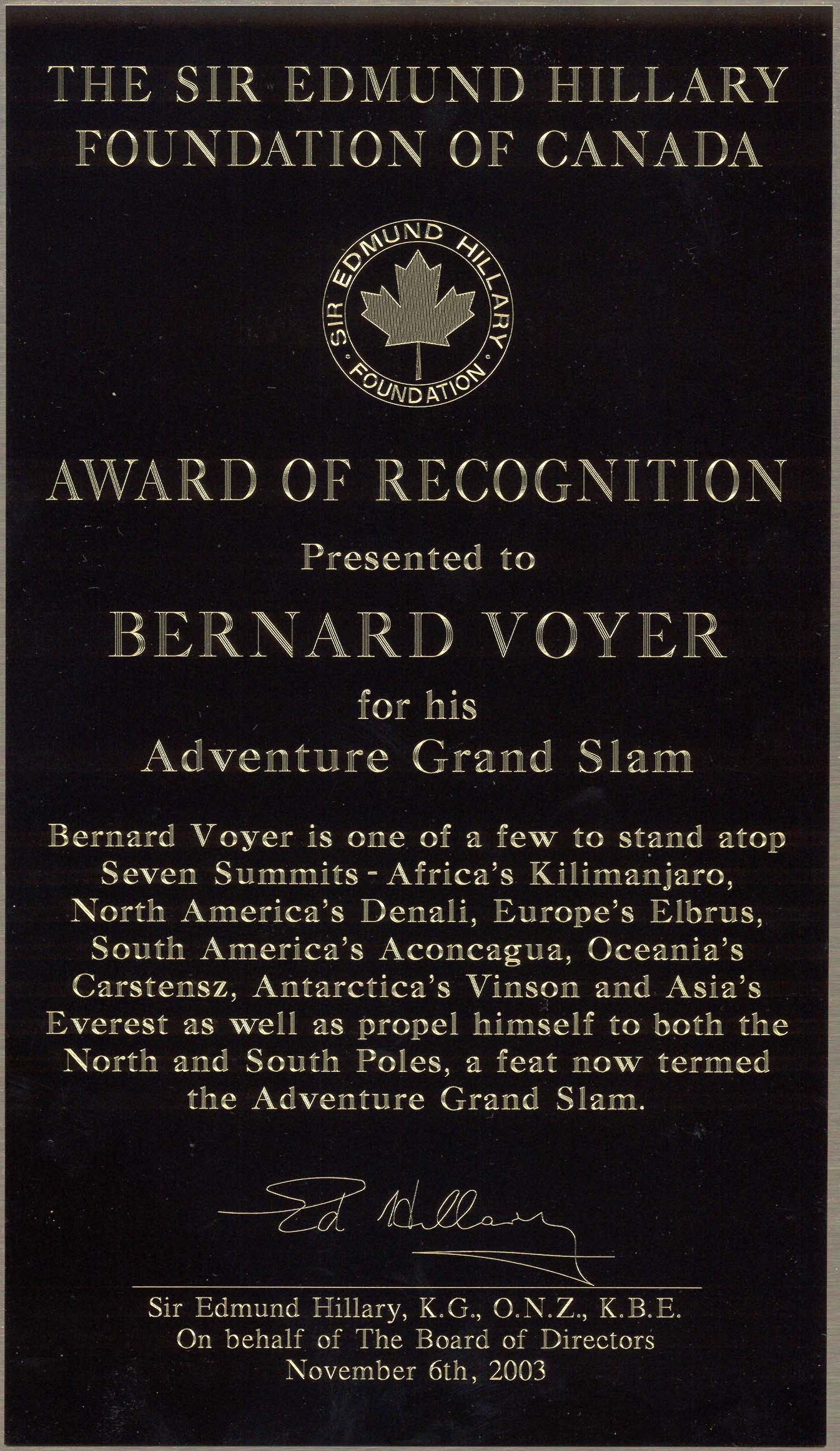