Complicated to get there, complicated to climb, in frequently complicated weather! There’s nothing simple about reaching this rocky summit. And it seems there’s always one more needle to climb after you thought you’d made it …

At 4,884m the summit of Carstensz is the highest point of all Oceania. It is located in central Papua, the island of Irian Jaya. The mountain has no glaciers but does have very steep cliffs, a very sharp ridge and dangerous, sharp rocky needles. The climate is atrocious: fog, wet snow, storms… sunny period are few and far between.

The trek to Mount Carstensz is a real ordeal through about 125km of swampy, muddy grounds, soaked with constant rain. The climate is tropical, meaning hot and stable. Close to the equator, the sun rises at 6 a.m. and sets down at 6 p.m. We had a six-day walk at an average altitude of 3,000m and one pass to cross at 4,300m… under lashing rain, of course. Nathalie accompanied Bernard to base camp. The area is totally isolated – no villages, not one human in sight.

Many tribes live in this part of the world. The Carstensz area is inhabited by the Dani. Some of the men wear only a traditional penis gourds, a necklace and a feathered headband. There are still fierce rivalries between tribes.  Papua was one of the last places on Earth to be “discovered”. The last reported case of cannibalism was as recent as 1968. About fifty Papuan were the porters for our team. They accompanied us to base camp. 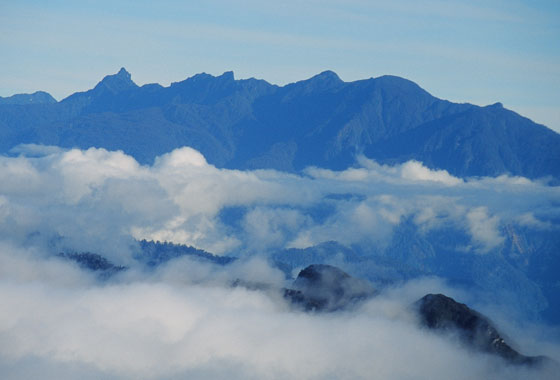 From our tiny airplane we can spot the mountains waiting for us. 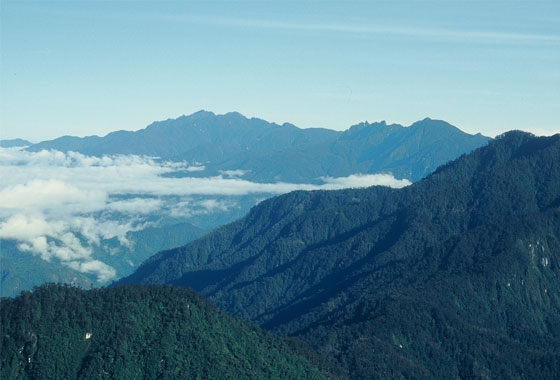 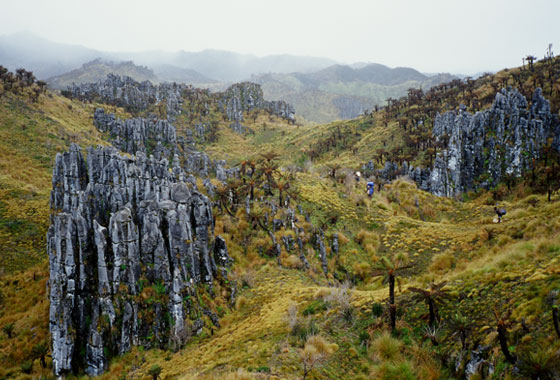 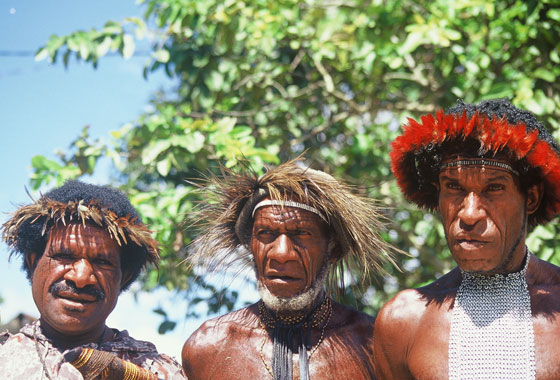 They accompanied us on the approach. 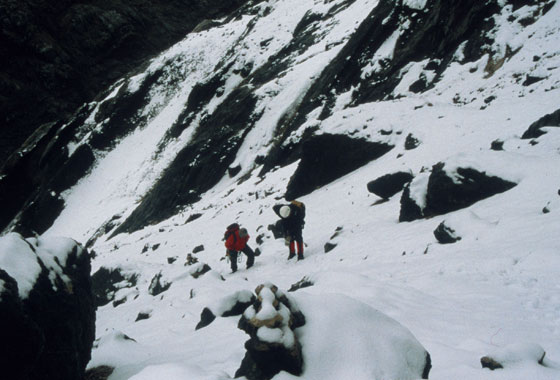 The cliffs at the summit. 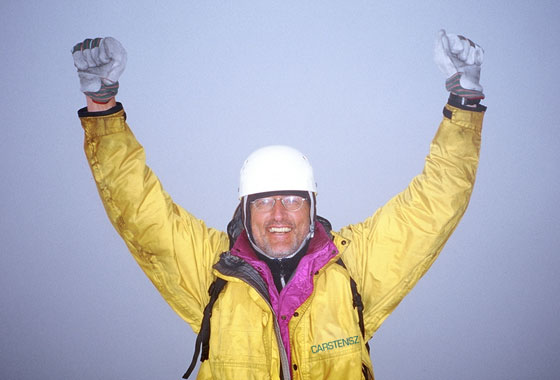 Climbing the rocky wall and crossing the ridge involved a lot of technical climbing: abseiling, free climbing and jumaring. There were a few fixed ropes installed. Halfway up there was some snow.

Bernard reached the summit on July 15, 2000, at 5 p.m., making him the first Quebeker to summit Mount Carstensz, the highest peak of Oceania. The descent took place in the dark, in foggy conditions, with the only light provided by our headlamps.