Pure esthetics. Perfect lines silhouetted against a frigid blue sky. Barbeau Peak awaits, almost inaccessible, far from everything except the Pole. Very few mountaineers have had the privilege of slowly working their way up its snow-covered slopes.

Rising above Ellesmere Island, less than 900 km from the North Pole, Barbeau is the highest peak in Nunavut and the highest North American peak east of the Rockies.

So distant and so beautiful, Barbeau Peak has been breathing pure air for millennia. Its immaculate snowy slopes are very rarely disturbed by mountaineers. While it is not a high mountain, it has earned a daunting reputation because it is so close to the North Pole and far away from civilization.

Climbing Barbeau calls for painstaking preparation, given its remoteness, along with total commitment. The plane touches down a few kilometres away from the lower slopes. It’s the pilot who decides where. And it’s best to make your base camp here, since the pilot naturally prefers to land in the same place when he returns to fetch you. From there it is a long approach, up gentle slopes, to the glacial cirque where we set up our altitude camp. Climbing and passing through the bergschrunds is not especially difficult. From the col, another easy ascent to the ridge leading to the summit. A fixed rope may be helpful for less experienced mountaineers. Such a narrow summit, but such an amazing view!

The neighbouring peaks ring and protect Barbeau, set in the centre of this mountain range. The inlandsis before it extends to the horizon and beyond. It is a dreamer who hopes to touch this mountain, an intrepid soul who approaches it, a satisfied climber who ascends its steep slopes and a proud mountaineer who casts a shadow on its summit. If I hadn’t been so cold I would have sung “I will never forget you…” 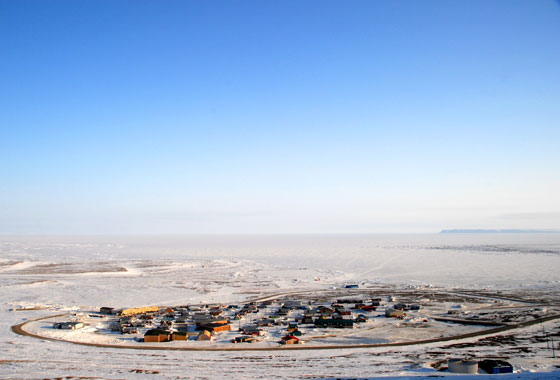 Resolute, one of the world’s northernmost villages! 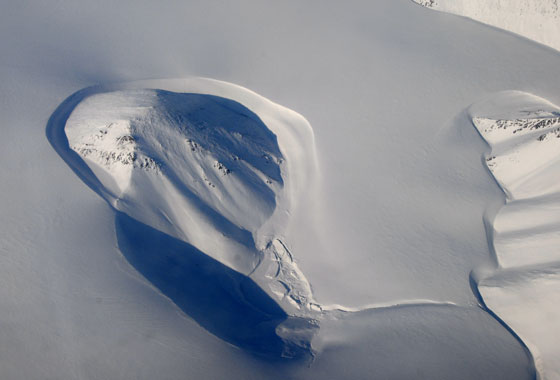 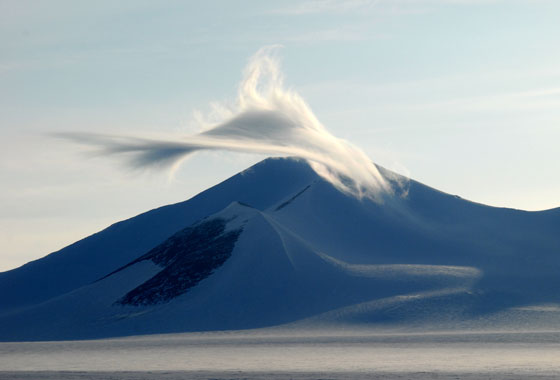 What could be more beautiful? 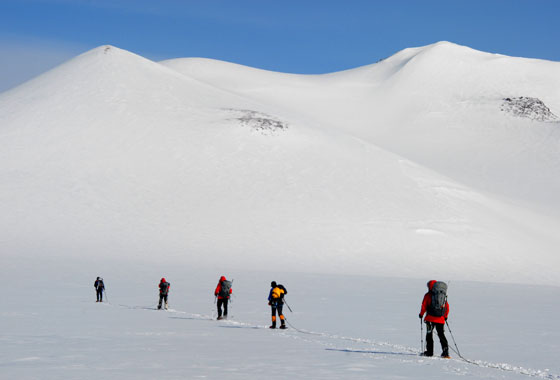 A few summits for acclimatization and training. 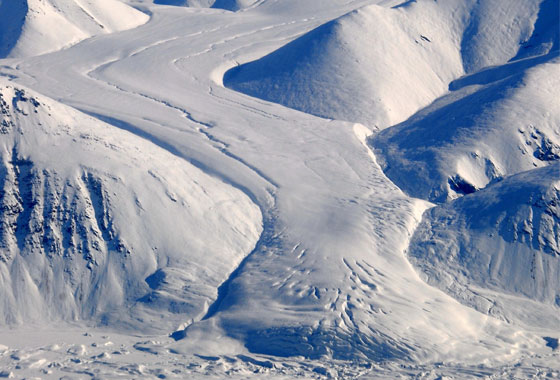 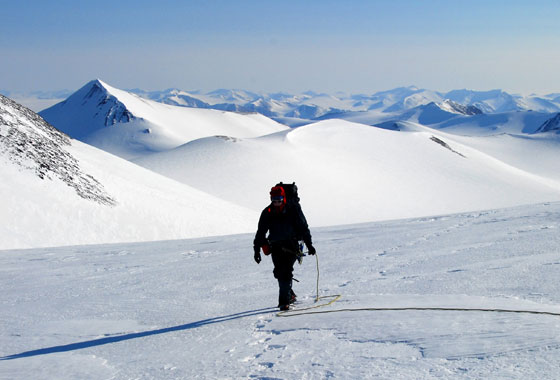 Alone in the world … 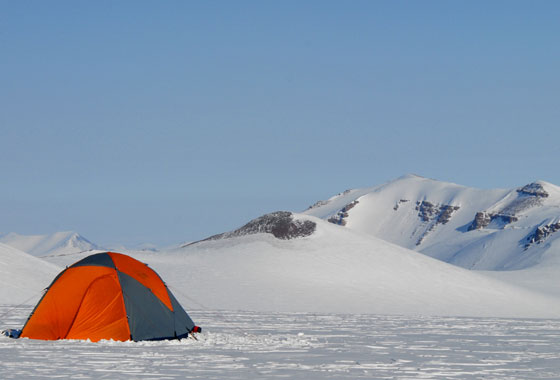 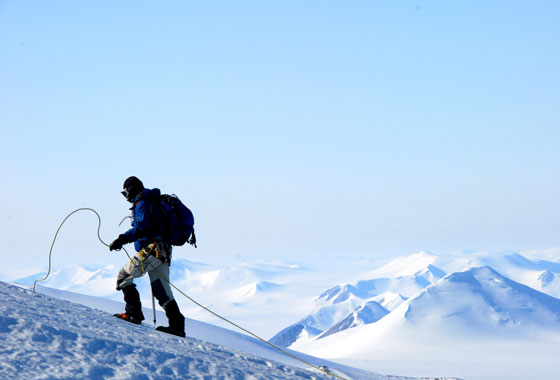 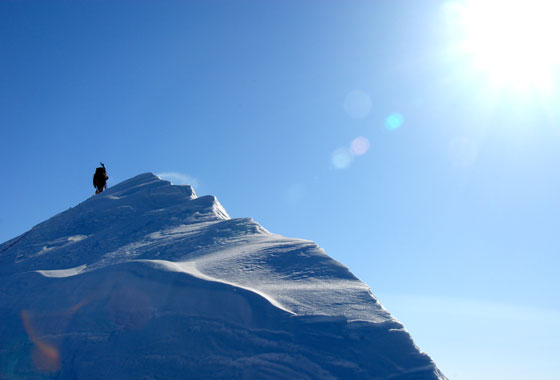 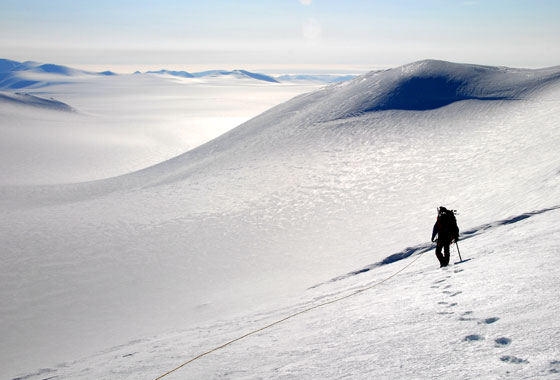 A careful – and welcome – descent! 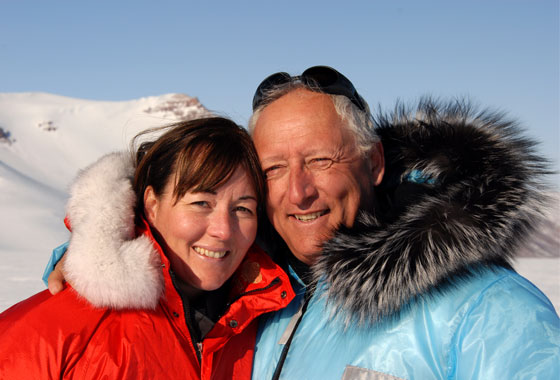