This was a demanding glacier route with very steep slopes. After running alongside a large ice barrier, it proceeds almost in a straight line up the mountain. The summit consists of two immense rounded peaks. The volcano has been extinct for a very long time, and so has no crater, properly speaking.

Interesting fact: the summit of Chimborazo is the farthest point from the centre of the Earth–in other words, the closest place on Earth to the stars! Our globe is not perfectly round, but somewhat flat at the poles and bulging at the Equator: 6 356km on the North-South axis and 6 378km on the East-West axis, or a difference of 22km at sea level. 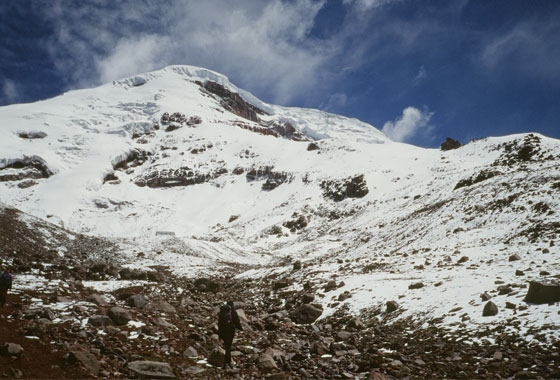 Leaving the Whymper refuge at 5000 m, one of the highest in the world. 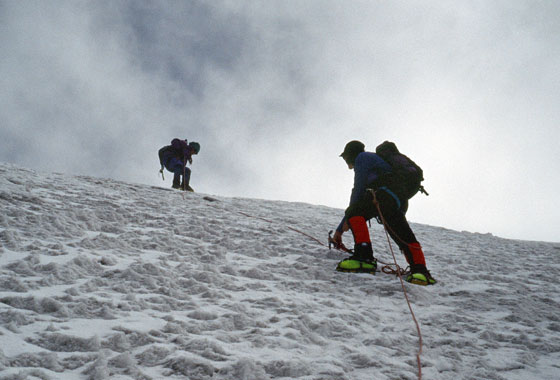 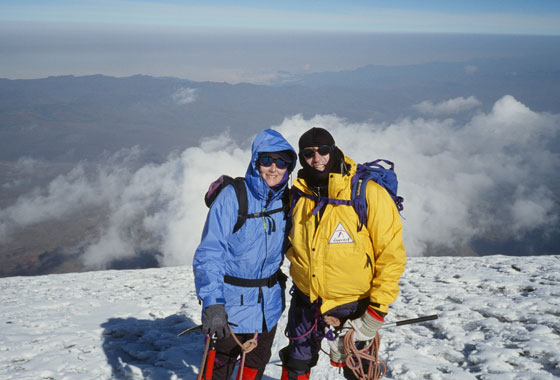