Summit 5642m. On October 14, 2000 at 9 h 47 am (local time) after an eight hour ascent. It was a clear day with gusty winds and a -25°C. They were able to observe this unique scenery and savour their success. Together at the summit, Nathalie becomes the first women from Quebec to reach the highest summit of Europe.

For Bernard, Elbrus is one more addition the long list of his expeditions, and ranks to the fifth summit of the continents that Bernard has reached. Photos, one video, some pebbles and minor frostbites are the only tangible souvenirs brought back from this mountain. 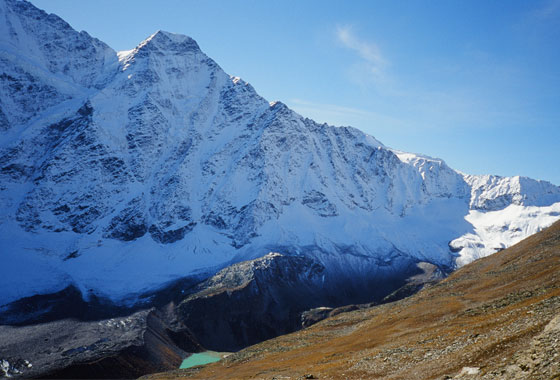 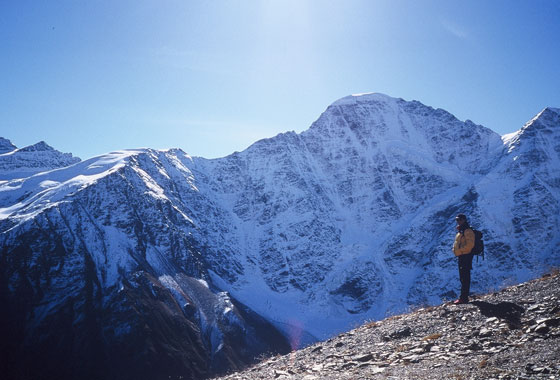 Marvelling at the mountains of the Caucasus! 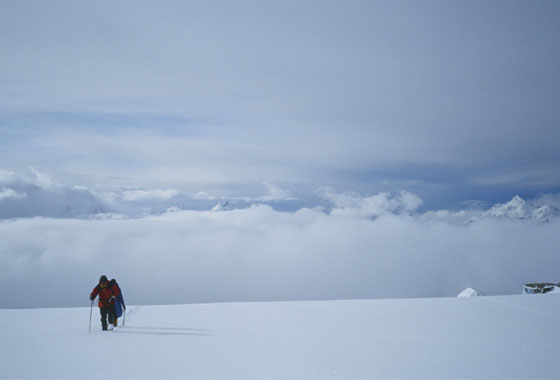 Moving slowly at this altitude. 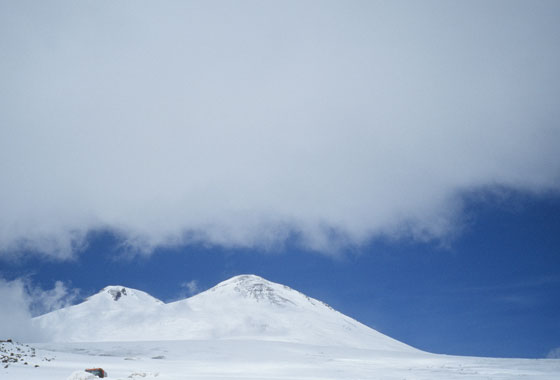 The twin summits are visible in the distance. 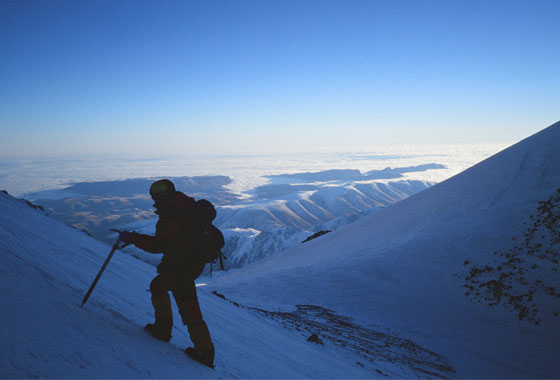 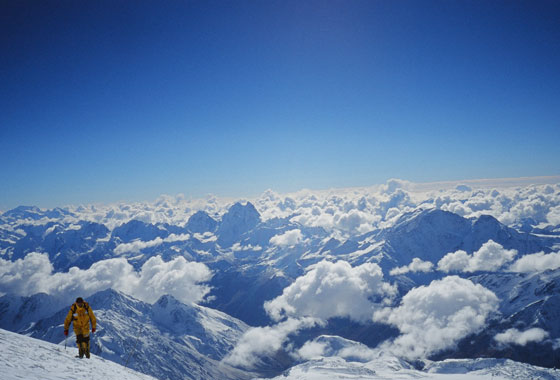 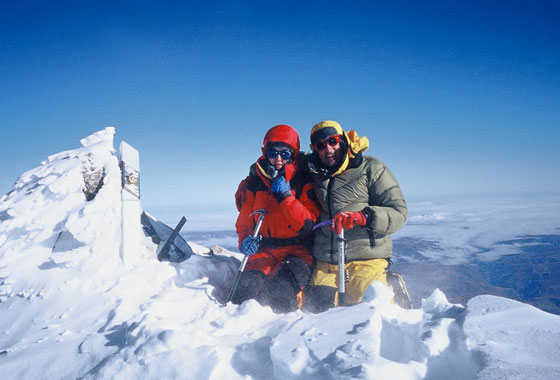 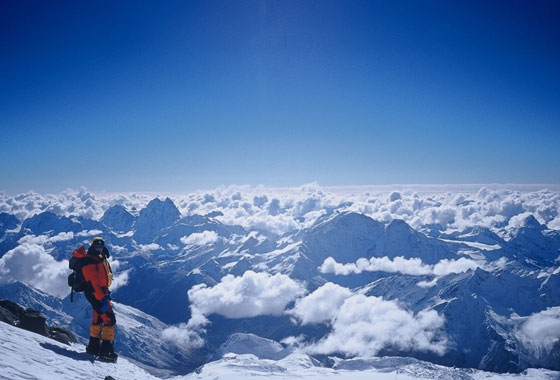 One last look at the summit!

The Caucasus range runs on one thousand kilometres in which are there 6 mountains with summits higher than 5 000 metres. The Caucasus forms the frontier between Europe and Asia. Cliffs, steep walls, sharp edges, gigantic glaciers offer a unique and splendid landscape. The mountains remain untouched and tens of summits are still unexplored. With on its west side the Black Sea and on the east side the Caspian sea, the Caucasus climate is unpredictable and somewhat capricious. The mountains overlap onto three countries: Russia, Georgia and Azerbaïdjan.

The Caucasus is a good example of an alpine range. Heavy glaciation has resulted in characteristic glacial sculpture, including glacial cirques and elegant pyramidal summits. Most passes are in between 2 400 and 3 000 metres in altitude. Elbrus is covered by a 140km² icecap generating 77 glaciers of which some are 400 metres deep. However those glaciers have been in recession over the last century. The Caucasus is renown for its mineral water springs of a very high quality.

Elbrus culminates at 5 642 metres and represents the highest summit of European continent. It is often wrongly thought that “Mont Blanc” is the highest summit of Europe, but it is not the case. The European continent includes Mount Elbrus. The geographical limit between Europe and Asia is as near as 15km from Elbrus. On the Elbrus side, waters run down into the Caspian sea and on the Caucasus side they reach the Black Sea. Elbrus has 2 summits: East side and West side. The West summit is only 21m higher than its neighbour.

The steep slopes of Elbrus require a good mountain experience on glacier with crampons and ice axe. There are very few crevasses on the way to the summit. In altitude, the winds of great velocity make the ascent very difficult because of the cold and blizzards. The last part of the ascent is the most difficult one because of the altitude and the degree of the slope. On top of this ancient volcano remains a large plateau of hundred metres of diameter, and far away there is a last step aiming to the sky. The ascent of Mount Elbrus offers the most beautiful view of the Caucasus range.