Bernard was a reporter at the Nagano Winter Olympics in 1998, for CBC Radio. He was assigned to cover the alpine and cross-country skiing events and ski jumping, and often found himself surrounded by mountains. By an odd coincidence, the cross-country skiing events were held near the little city of Hakuba, where the film “Ellesmere en haut du monde” premiered in 1992.

Nathalie and Bernard had planned to climb Mount Fuji (3 776m), but to their great surprise, the famous landmark is off-limits all winter long. They had to be satisfied with a walk around the base of this marvellous pyramid, in 1998; but on July 4, 2004, Bernard and Nathalie finally reached the summit and once again in 2005!

This huge extinct volcano has a very impressive crater and some patches of snow that survive even the blazing heat of summer. The edge of the crater is mostly rock and volcanic lava. As usual, Bernard brought back a few stones from the summit as treasured memories. 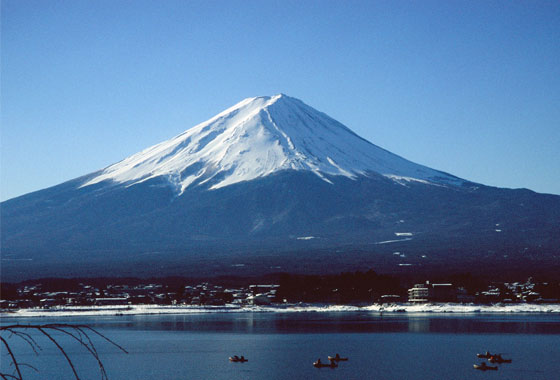 Fuji, with its perfect lines, reaches for the sky. 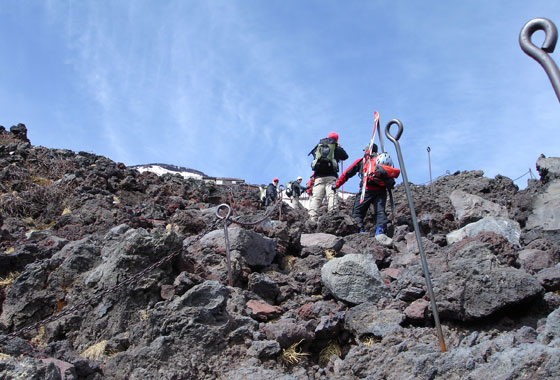 A few sections with unstable rocks make the ascent a bit more exciting! 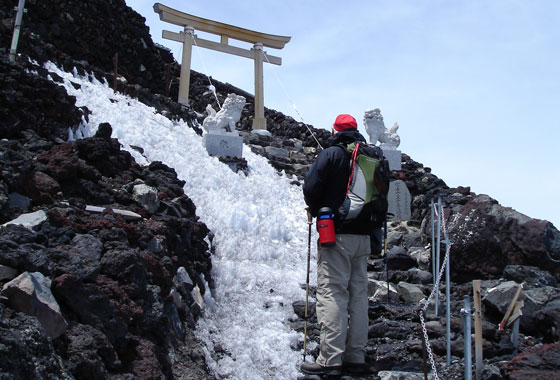 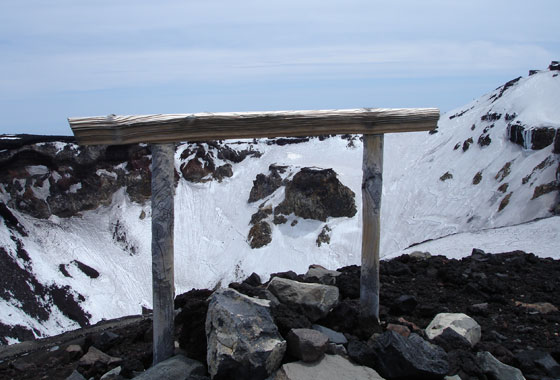 The crater and a place for contemplation. 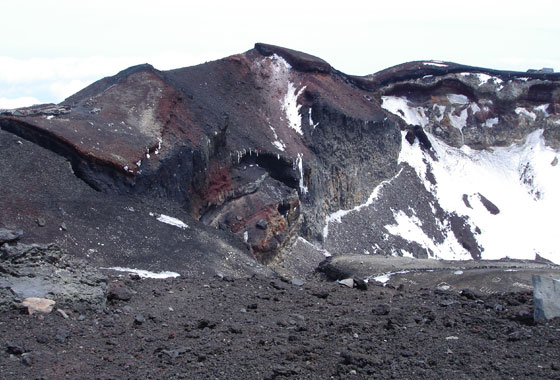 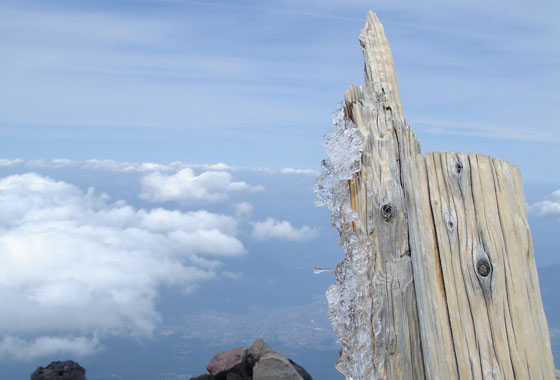