Back to North Magnetic Pole

The simplest way to define the North Magnetic Pole is that it is the place where all compass needles point in the Northern Hemisphere. The Earth’s magnetism converges at two points, i.e. the North and South magnetic poles. Both poles drift and change position; our northern pole is moving farther north all the time.

On May 2, 1993, the North Magnetic Pole was situated at 77°48’N 102°20’O in the Canadian Arctic. It may be located on an ice floe or on solid ground. Bernard and his companions set out over the ice from the village of Resolute Bay, on skis and pulling pulkas (sleds loaded with equipment). It was very rough terrain, with lots of compression ridges. The polar bears also added spice to the adventure.

Three expedition members were evacuated six days into the trip, because of serious frostbite to their fingers. Frequent blizzards forced the skiers off track. Nonetheless, Bernard became the first Canadian to reach the North Magnetic Pole with no outside assistance. 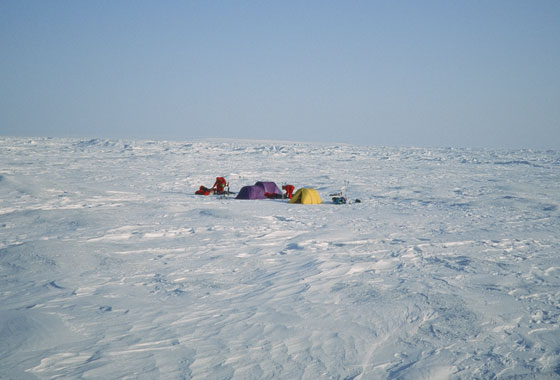 Severe frostbite forced some of our companions to drop out. 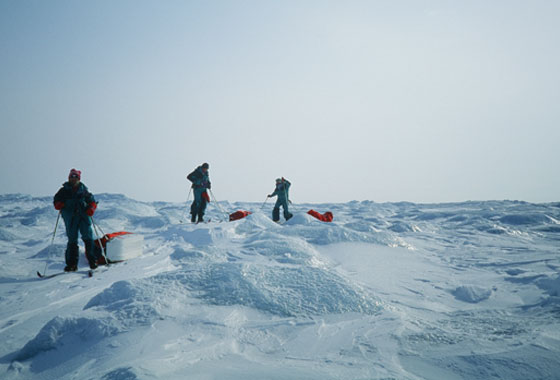 The pack ice deviously delayed us. 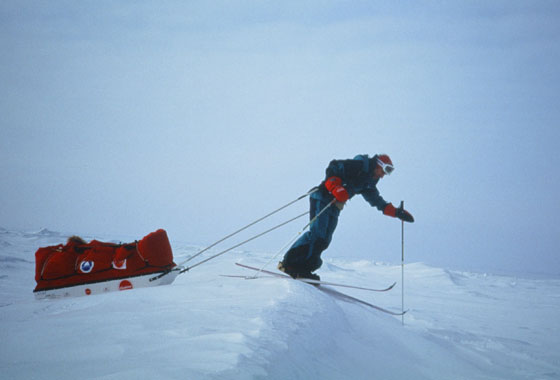 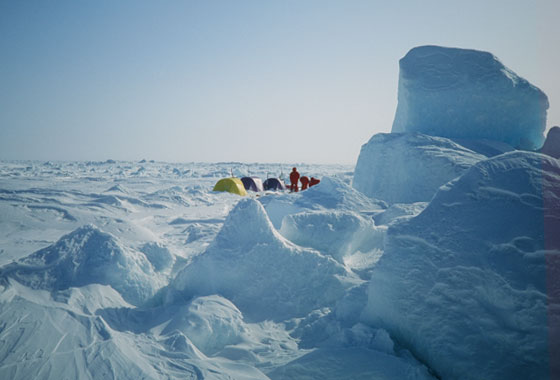 Not easy to find shelter from the glacial gusts. 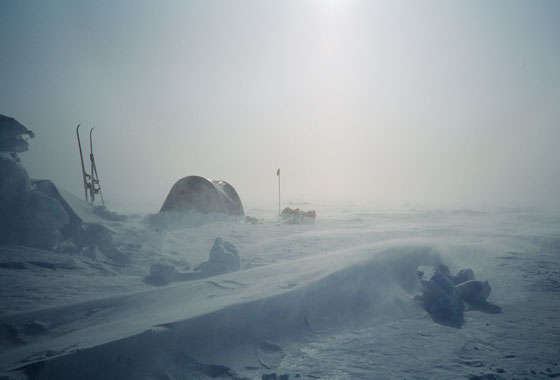 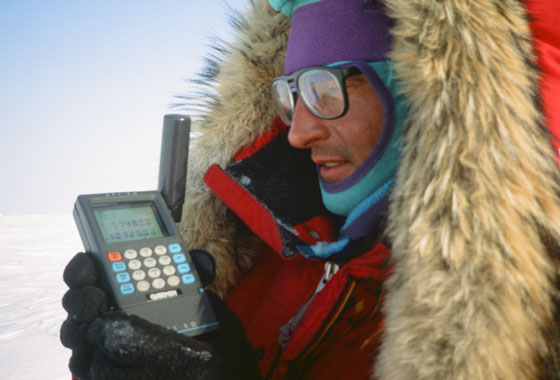 Only our GPS told us that we had really reached the Pole!
7ads6x98y