How many South Poles are there? 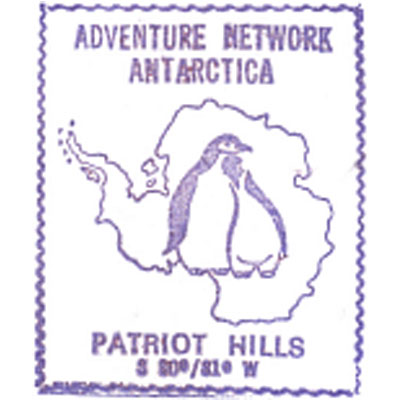 Antarctica is the coldest, most windswept continent on Earth. Its mean altitude of 2 290m (7 500ft) is three times greater than that of any other land mass, and it holds 90 per cent of the world’s ice. This ice covers the whole continent – only a few mountain tops project through it. Winds, which normally blow at 10-15 knots, can reach up to 100 knots. Antarctica holds the record for the lowest temperature ever recorded, -89°C (-126°F), yet during the summer the South Pole receives more solar radiation than the equator in any equivalent period.

The Antarctic has attracted mariners, explorers, scientists and most recently- climbers. Activity is of necessity, concentrated during the Antarctic summer when there are 24 hours of daylight. During the other half of the year the continent is in darkness.

The continent of Antarctica measures 13 million km², making it almost as large as North America. It has one of the biggest mountain ranges in the world, stretching for 4,000km. Its tallest peak, Mount Vinson, is 4 897m. Above all, the Antarctic is the world’s largest expanse of ice. In some places it is 4 800m thick!

There is little precipitation, because of the intense cold, so the Antarctic is actually an immense desert. It receives 2 to 5 cm of precipitation per year, less than the Sahara

It is a cold, windy desert. Gravity-driven katabatic winds are characteristic of polar regions. They hurtle across the glaciers and accelerate with the cold, sometimes making it impossible to advance a single metre.They can reach 300km/h.

These winds cause huge storms, driving two tonnes of snow an hour through a space of one square metre. The wind factor also makes the air even colder. A temperature of -30°C with a wind of 80 km/h is equivalent to -68°C.

Only 2% of the continent, on the coasts, is not covered with ice. That part of Antarctica is inhabited by 30 million penguins! There are some rare mammals, mainly whales and seals. There are no polar bears in Antarctica. Some species of birds, including terns, great skuas, petrels and cormorants, are able to survive in this harsh climate. The Antarctic is the only place on Earth where there are no butterflies.

The vegetation is limited to mosses, lichens and only two flowering plants.

The South Geographic Pole is the axis of rotation of the Earth, and the goal of the expedition. It is located at 90 degrees South latitude. Bernard Voyer and Thierry Pétry reached it on January 12, 1996. At that specific point there is no south anymore: no matter which way you turn, you’re facing north!

The South Magnetic Pole is the pole that attracts the compass needle, and it is in constant motion. It is located off the coast of Terre-Adélie at the moment, 2 000km from the South Geographic Pole.

The Geomagnetic South Pole is where the south magnetic pole would be if the Earth were a magnetically homogenous sphere. It would be located at 78 degrees South latitude and 111 degrees East latitude.

The pole of inaccessibility is the farthest point from the coast of the continent: 1 700km from the shore, at 82 degrees South latitude, 54 degrees East.

The cold pole is the coldest spot on the globe, with a record of -89.2°C. The Russian scientific base, Vostok, is located there.

James Cook was the first to cross the Antarctic Circle, at 66″33′, in 1773 – 75, as he circumnavigated the Antarctic. He didn’t actually see the continent, however.

In 1840, Dumont d’Urville of France was the first to set foot on the Antarctic continent. He named it Terre-Adélie, after his wife. Around the same time, Wilkes, of the United States, and Ross, of England, were also attempting to solve the mystery of this huge white windswept landmass.

For the next 60 years or so, everyone seemed to lose interest in this part of the world. It was not until 1897 that De Gerlache, of Belgium, arrived in Antarctica, accompanied by a young Norwegian by the name of Roald Amundsen.

Since December 14, 1911, the Norwegian flag has been floating on the bottom of the globe. On that day, a Norwegian expedition led by that same Amundsen finally reached the South Pole. It was the outcome of a fantastic race pitting Scott, of England, against Amundsen. The Norwegian, with the help of his sled dogs, beat Scott by one month. Scott reached the South Pole, but perished on the return journey.