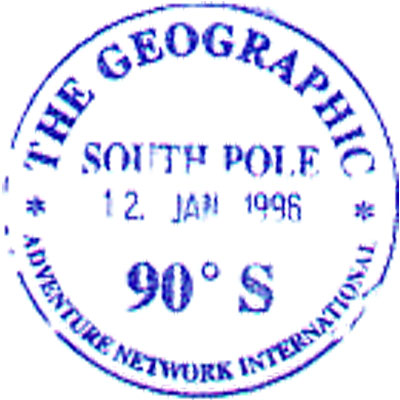 Should we believe that the unexplored exists, that we must view the isolation of Antarctica as an explorer’s final frontier? Unparalleled in its pristine and absolute beauty, the journey to the great white continent and the climb of Mount Vinson ignites man’s primal instincts for wilderness, the elements and conquest. The sheer magnitude of the continent and exquisite nature of the ascent is an extreme and remarkable expedition.

Bernard and Thierry used cross-country skis, for better technical performance. All their gear was stored in pulkas (fibreglass sleds) pulled by each skier. They had to be self-sufficient, given their isolation and their planned route across huge glaciers, steep slopes and high altitudes.

Each of the pulkas contained 170 kg of equipment and stores, a real technological challenge. So as not to exceed this limit, every piece of material, every food ration and every piece of clothing was carefully weighed and measured for volume. Lightness was one of the keys to success for the expedition, since the adventurers had to travel thousands of metres up and down over rough terrain in cold and stormy conditions.

Bernard and Thierry skied from 9 to 11 hours a day. They each had to consume a total of 400,000 calories. The food they packed along had to meet many requirements: it had to provide enough calories, with adequate proportions of carbohydrates, lipids and protein in view of the energy they were expending, combined with lightness and ease of preparation. Efficiency was definitely the key.

Often it was too cold to stop and eat. Dry fruit and mixed nuts served as the midday meal, eaten while skiing. They had to take short breaks, nonetheless, to drink, check their bearings and rest. In the morning and evening they made hot meals on small stoves that burned 50 litres of fuel. All the water needed for cooking came from melted snow. The menus were varied, made from freeze-dried or dehydrated ingredients for lightness, but providing 6,500 calories a day.

The tent took only five minutes to put up. It became their shelter, living room, bedroom and the place where plans for the next adventure were hatched. It started feeling normal to wash with snow. Pulling, pushing, climbing and skiing were part of the daily routine, along with observing and listening, to better understand this strange environment. Every day, they recorded a journal entry on audio- and videotape and in photos, to bring back images of their surreal surroundings with them.

The explorers communicated with base camp in Montreal in two ways:

The telephone, weighing 16 kg (including the battery), bounced their messages off an IMMARSAT geostationary satellite 35,000 km above the Equator, to the Montreal base camp. The battery to operate the telephone was rechargeable with solar panels. The antenna was part of the cover of the box for carrying the telephone. All the experts they consulted before leaving predicted that the telephone would not be operable past the 82nd parallel, as the Earth’s curvature would block the signal.

Bernard and Thierry took along an Argos beacon, which sent a signal every two minutes to two satellites orbiting 8,000 m above the South Pole every 100 minutes. Along with information on their position, the beacon was programmed to provide many other details (physical and psychological condition, type of terrain, km travelled, etc.). After the signal was captured by one of the satellites, it was relayed to Toulouse, France and then retransmitted to Montreal by computer.

Another item in their array of communication equipment was designed to keep the skiers informed of their exact position at every moment:

This system was based on a network of 24 satellites orbiting the Earth every 12 hours at an altitude of 20,000 km. The explorers’ position was calculated by triangulation, from a signal sent by the device and received by three or more satellites simultaneously. The apparatus was the size of a portable radio.

The explorers sent alphanumeric, vocal and pictorial data directly from the Antarctic to base camp, using advanced equipment drawing on satellite technology.

The food they took along and how it was prepared was key to the success of the expedition. Meals were prepared using the most advanced freeze-drying techniques. Research into the nutritional aspects of the South Pole expedition focussed on three points:

Bernard spent five 24-hour periods in an isolation chamber with a controlled atmosphere. Researchers were primarily interested in his basal metabolism.