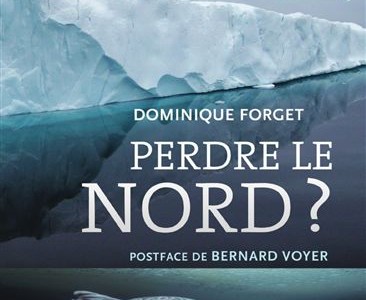 The journalist Dominique Forget has interviewed some of the best-known scientists and researchers in the field of climate change. The result is a fascinating portrait of the new face of our Northern frontier. Among those who have participated in the project are Louis Fortier, professor at Laval University and scientific director at ArcticNet, Bruno Tremblay from McGill University, Suzanne Lalonde of the Université de Montréal, Dominique Berteaux of the Université du Québec à Rimouski, Mary Simon, president of Inuit Tapiriit Kanatami, and Sheila Watts Cloutier, president of the Inuit Circumpolar Council.

Bernard Voyer wrote the postface, a vibrant call to protect the Arctic.