News In other news Series of stamps dedicated to Bernard Voyer

Two of Canada’s greatest climbers have made history by scaling the highest peaks in all seven continents. Quebec’s Bernard Voyer climbed the last of the continental summits in December 2001 – becoming the first North American explorer to reach all seven summits and both poles and to ski across Greenland and Ellesmere Island. This spring, Canada Post sponsored M. Voyer’s expedition to Mount Logan to commemorate the International Year of Mountain. Pat Morrow, from Alberta, became the first man to achieve the feat of all seven summits in 1986. His record has been sanctioned by the Guinness Book of World records. 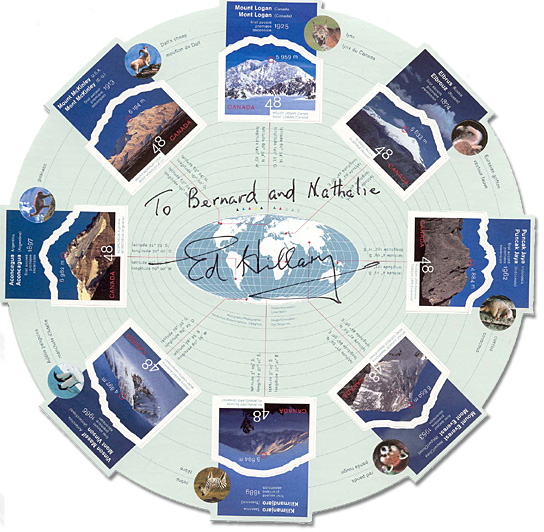