This is an indescribably beautiful part of the world, with its glaciers, summits, fjords, cliffs, ice sheets … all laid out like a perfect picture. Just seeing a photo of Ellesmere grabs hold of you and fills you with the desire to go there. It was an amazing experience, one to be described in capital letters and exclamation marks. My companions and I still aren’t sure whether ours was a polar expedition in the mountains or a mountaineering expedition in a polar climate!

The most northerly island in the world. 800km long, as the bird flies. Ellesmere Island lies in Canadian territory and has the four largest ice caps in the Northern Hemisphere, after the Greenland ice cap. The northern tip of the island is close to the 85th parallel, only about 800km from the North Geographic Pole.

A very mountainous land. Just one village, at the southern tip of the Island: Grise Fjord is one of the most northerly permanently inhabited places on the planet. Bernard arranged this France-Quebec expedition, and invited two French friends Bruno Pellicier and Roland Tuetey.

The challenge was to ski from north to south, down the length of the entire Island, over the ice caps. Because of the intimidating climbs and the length of the trip, food had to be cached at four spots. The expedition, by ski and pulka, was a real exploit. Over a distance of 1 000km, the adventurers had to rappel down ice faces, use crampons and ice picks, watch for polar bears, and cope with the Arctic climate, crevasses and avalanches.

They reached Grise Fjord on June 1, 1992, after 65 days. The expedition was captured on film, and “Ellesmere en haut du monde” has won prizes at prestigious film festivals in Japan, France and Spain. 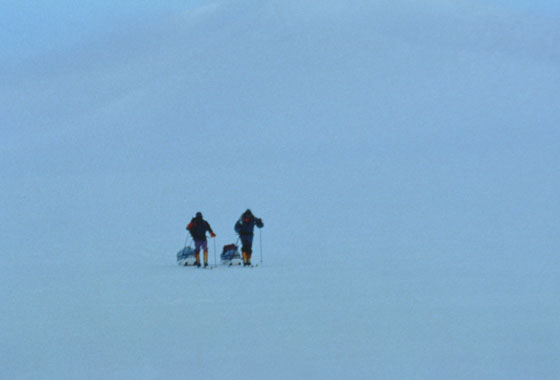 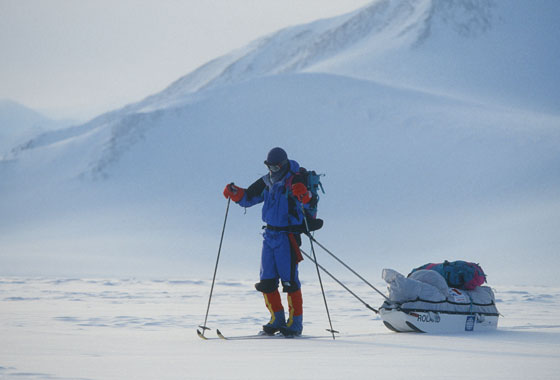 The route is quite varied, from pack ice to steep cliffs. 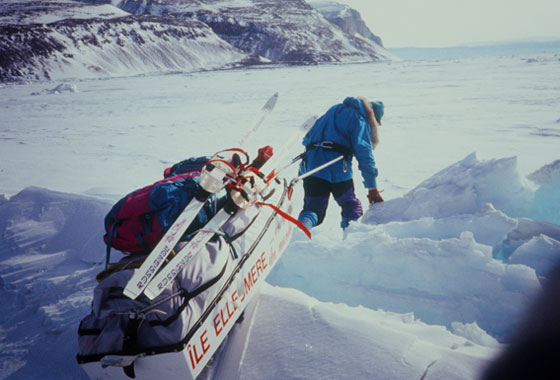 Every meal was scientifically designed to meet our energy needs. Bon appétit! 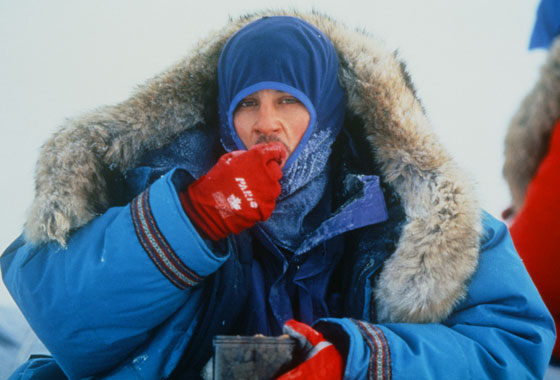 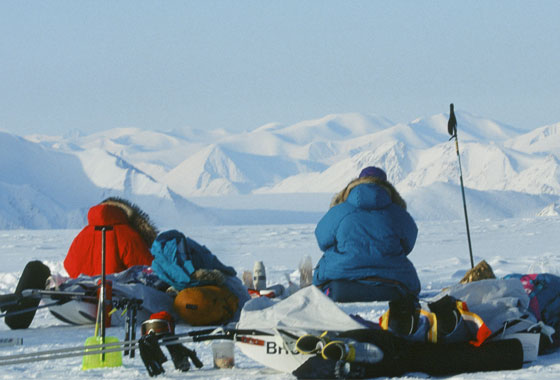 That evening we saw three wolves in the distance, moving in single file. 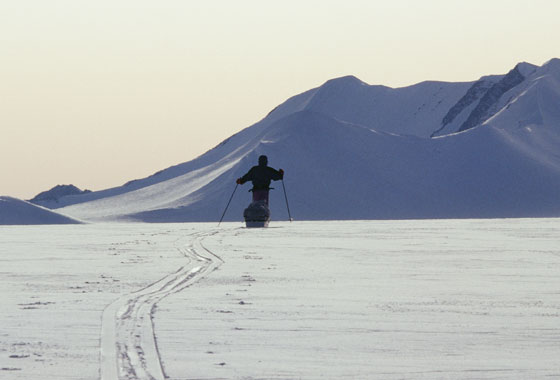 On our way to much steeper slopes.
7ads6x98y