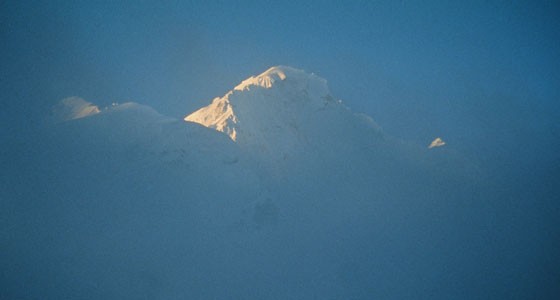 The first time I saw Everest, its peak was thrusting through the clouds and a terrible storm was raging up there. I felt so small, my heart was pounding… To climb this mountain didn’t seem humanly possible.

Violent storms barred their way, no matter what slope or what path they tried. Several summit attempts, the last at 7400 m, when all the other teams had given up and left base camp. Sitting on a rock at the base of the mountain, a disappointed Bernard and Dorjee talked about a new challenge: returning for another attempt, hoping to reach the summit next time.

Latter, I realized that the only way to make it was to divide the journey into smaller steps, into hours or even seconds. That the way to climb Everest was one step at a time.