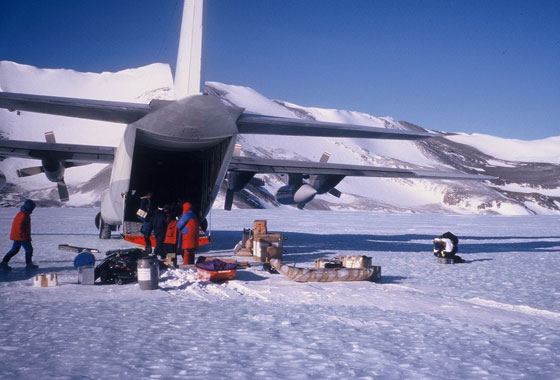 Patriot Hills, located on the Antarctic ice cap, is the base camp for all expeditions, whether you're climbing Mount Vinson or setting out on skis dragging a pulka. The Ellsworth Mountain Range is near the camp, and it was there, on a natural landing strip, that the Hercules landed and the Twin Otter took off for the starting point of the expedition, Berkmer Island. 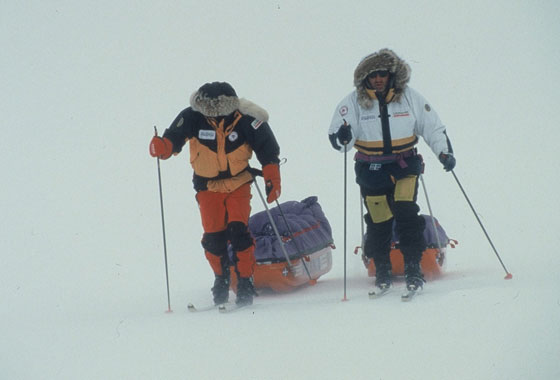 Our first steps on the great white continent. The nearby ocean gives rise to thick fog that makes it extremely difficult to find your way. Each of the sleds is packed with 170kg of light gear!!! 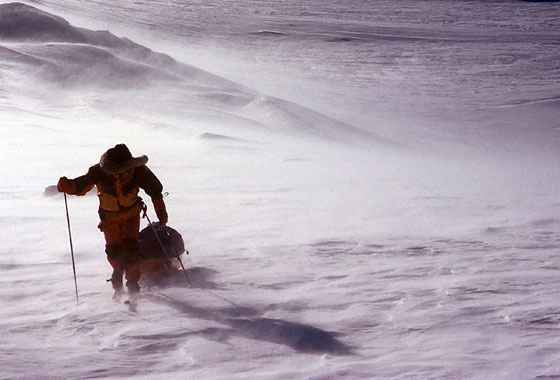 Frequent and very powerful katabatic winds sometimes turn huge surfaces into icy skating rinks. At the foot of the Pensacola Mountains, it became very difficult to make headway over this slippery ice. The pulkas skidded and slid from side to side, and refused to stay behind us. It took us many hours to get past this kind of obstacle. We had to make sure we knew exactly where we were going. We planned to climb the Frost Spur glacier and its crevasses, which would lead us onto the Antarctic Plateau a few hundred meters higher. 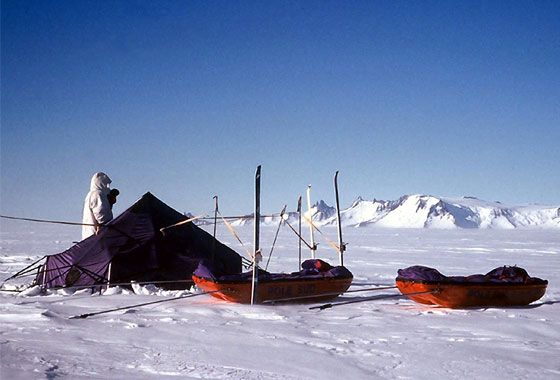 The immensity and solitude, the distance and cold, the wind, blizzards and ice, the struggle, the fear and the challenge were daily companions. 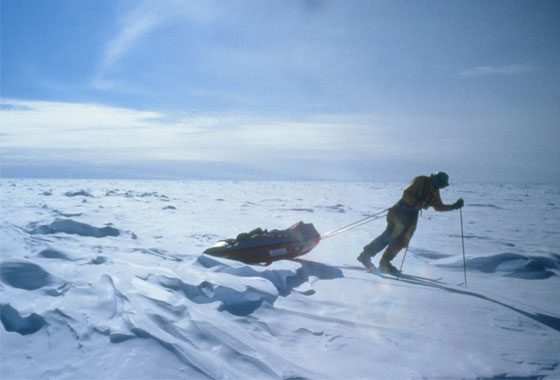 The snow, blown by violent winds, forms icy waves called sastrugis. They become daunting obstacles, sometimes reaching heights of 1.5 meters. Hard as rock, impossible to avoid, they are almost everywhere in Antarctica... Every sastrugi called for considerable effort, since we had to pull our sleds up to the top, and then slow their descent on the other side. It was terribly hard on the muscles and on the joints. The sleds had to be very tough to withstand such shocks over a distance of 1,500km (and so did the men pulling them!). 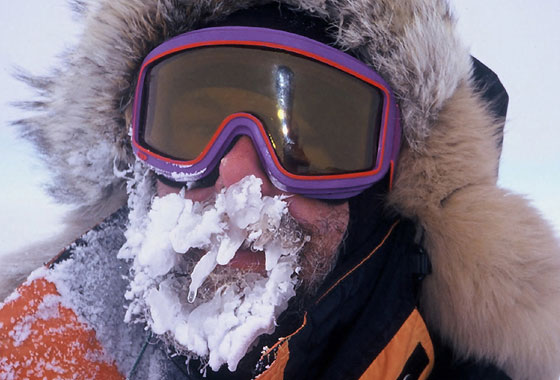 The constant glacial wind made everything more fragile. Thierry had several deep patches of frostbite on his face. He had to summon up all his strength just to keep going and to make it all the way to the Pole. 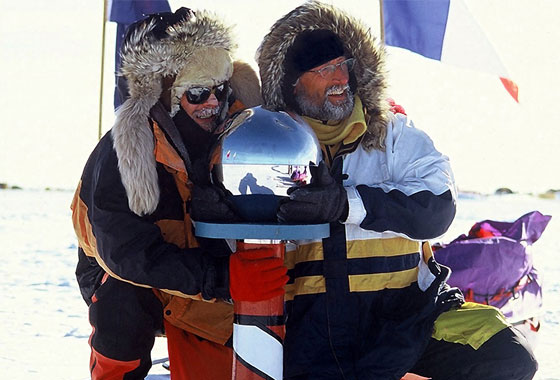 The Geographic South Pole. January 12, 1996. 10:47 a.m. Quebec time. We finally touched the Pole, after skiing 1,500km. Surrounded by the flags of the signatory countries to the Antarctic treaty, this is the most remote spot on Earth. Nathalie, with friends and a cameraman, came to pick us up six days after we had achieved our dream. 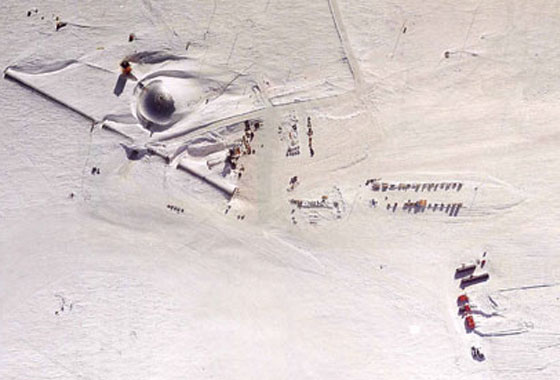 The U.S. Scott-Amundsen Station is located at the South Pole. This dome was designed by Buckminster Fuller, the same architect who designed the U.S. Pavilion (now the Biosphere) for Expo 67 in Montreal. It houses a number of buildings and protects them from destructive blizzards. Here scientists carry out studies in glaciology, astronomy, geology, physics, meteorology, seismology, etc.
7ads6x98y